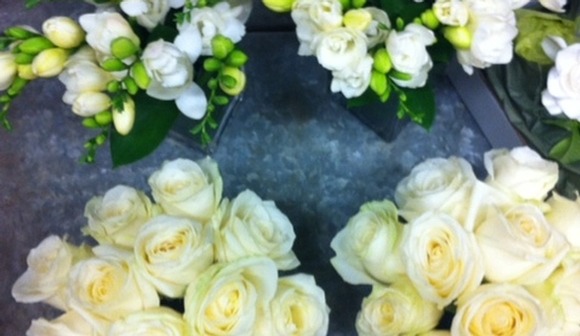 Not that we are star stuck BUT when a superstar calls or comes into the store we have to admit it’s pretty exciting. However, being discreet in our business is a must and we have strict protocol for our entire team with regards to this subject.

For instance, many hockey players from the Montreal Canadiens have received flowers from us and our drivers are forbidden to ask for any autograph when delivering.  Once when a driver delivered to the great Jean Beliveau, who answered the door himself, the driver almost fainted !!!  He told Mr. Beliveau how he was his absolute favorite player of all time.  Much to the surprise of the driver, Mr. Beliveau asked him into his home and proceeded to take him to his basement to show him his vast collection of hockey memorabilia.  Our driver felt so special when he got back to the shop and even though he knew we wouldn’t be happy……….he said he couldn’t turn the great Jean Beliveau down ?Of course we can’t give you their names but try to guess some of the other stars we’ve done flowers for.

See if you can figure it out :)

Male actor in The Hangover.

French Actress on the show PanAm.

Sings “My heart will go on”.

#23 for the Montreal Canadiens for 16 years.

Played a “call girl” in the movie Pretty Woman.

Was in the Beatles and formed the group Wings.

Was Premier of Quebec.

Sang “I wear my sunglasses at night”.

Leader of the NDP party.