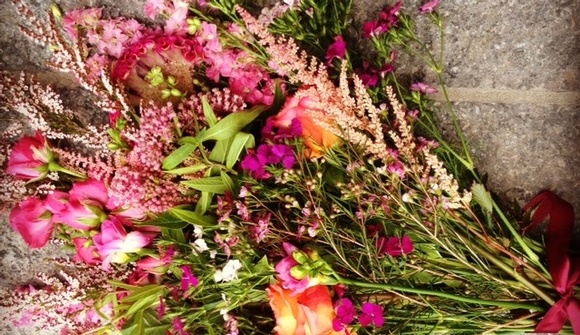 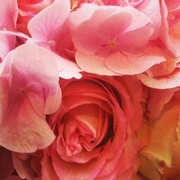 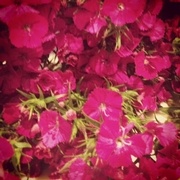 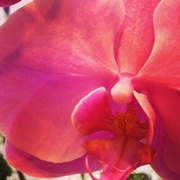 I was just looking in our fridge and admiring our selection of beautiful pink flowers. Pink is one of my guilty pleasures. I would never describe myself as a "pink person" but I love pink flowers and in the summer the variety of pink flowers is lovely and tempting. I was surprised to learn that the colour pink was named after a flower that we happen to have in the store. I had assumed that the flowers were called pinks because of their colour but in fact it's the opposite, the colour got its name from the flower.?The etemology of the word pink according to wikipedia is as follows

"The color pink is named after the flowers called pinks, flowering plants in the genus Dianthus. The name derives from the frilled edge of the flowers—the verb "to pink" dates from the 14th century and means "to decorate with a perforated or punched pattern" (possibly from German "pinken" = to peck).[11] As noted and referenced above, the word "pink" was first used as a noun to refer to the color known today as pink in the 17th century. The verb sense of the word "pink" continues to be used today in the name of the hand tool known as pinking shears."

So indulge yourself, come in and see us and we can put together a beautiful bouquet of pink pinks for you.