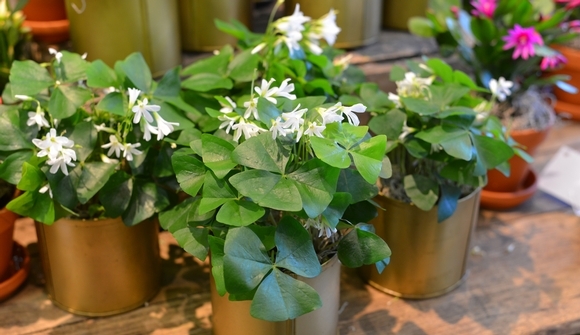 HISTORY BEHIND THE FOUR LEAF CLOVER The charm of the four leaf clover started as far back as the middle ages. The first literary reference to suggest their good fortune was back in 1620, by Sir. John Melton. Celtic priests used to carry shamrocks in their pockets to ward off evil spirits, and children believed they would bring magic and luck.

Oxalis, also known as false shamrock is a genus of clover that performs well as an indoor plant.